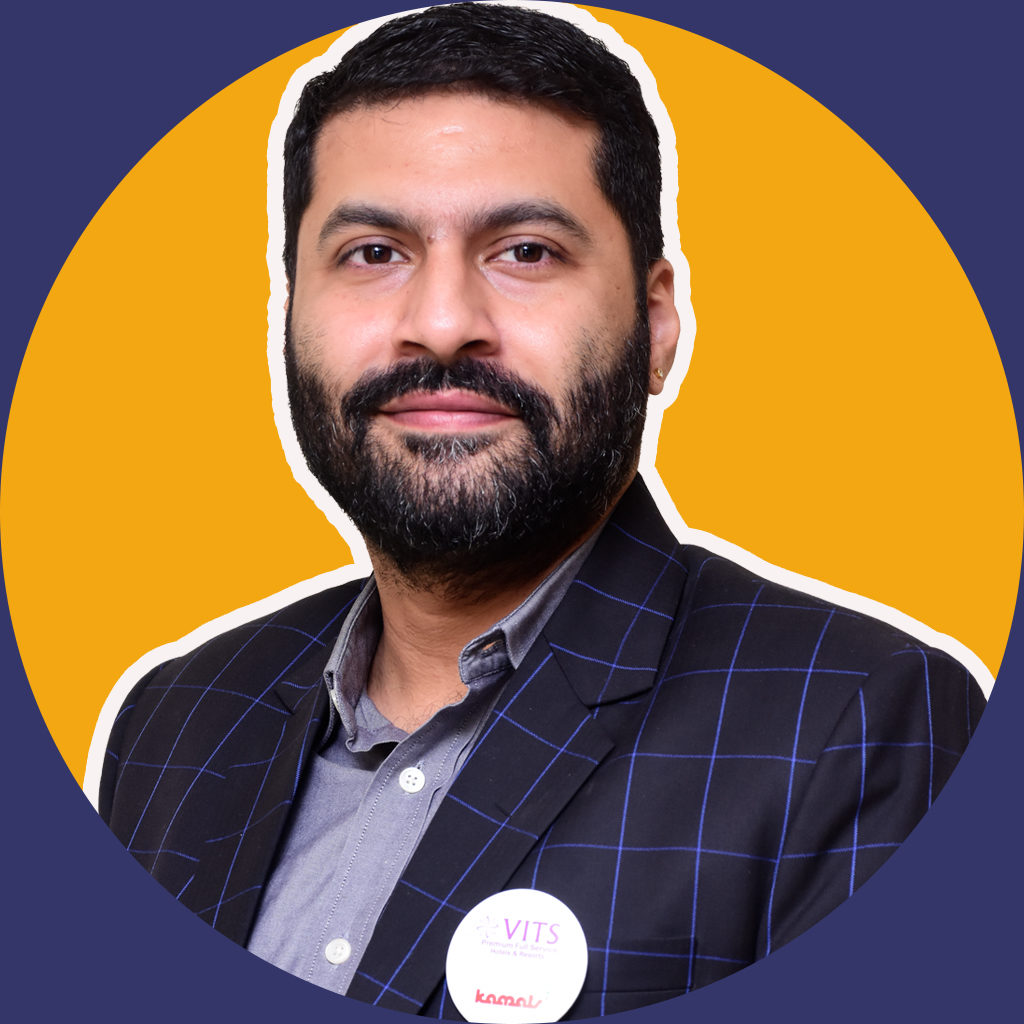 Dr. Vikram Kamat is synonymous with hospitality, with a professional journey spread across over a nearly two decades. He is All India National Council’s Gold Medalist and Topper Hotel Management from IHM, Mumbai. After which he completed his Masters in Hospitality from Pune University and Received his Doctorate in Business Administration from George Washington University USA.

Vikram launched the successful 4 star premium hotel brand ‘VITS’ at an early age of 22. From then, to taking VITS international now with countries like Thailand. Food & Beverages is the chain’s biggest strength and they group is proud to be known as “THE FOOD PEOPLE”.

The group is also widely known for its chain of vegetarian highway restaurants under the brand Kamats. Which is also the largest, and only multi brand cloud kitchen chain to be listed on BSE under Vidli Restaurants Ltd.

He was also instrumental in the family ventures of establishing India’s first ecotel chain of 5-star hotels – Orchid and expansion to over 1000 rooms in Mumbai & other cities. The brands have gained a cult status for themselves in the hospitality industry since
their inception.

He has 2 patents applied in his name. His Hospitality management principles like “7Behaviours’s of Leaders” are quoted often. With Numerous awards , prizes and recognitions, over the years, Vikram has established himself as an entrepreneur, hotelier and even an author with 8 books to his credit.